There's a common saying in the matcha world - Not all matcha's are created equal.

In this blog we're going to explain the difference between a ceremonial matcha vs culinary matcha and what exactly sets them apart.

What is the difference?

This is a common question that we often get asked - what is the difference between ceremonial grade matcha and culinary matcha and which one has the highest health benefits?

In a quest to compare matcha grades, I tested our EISAI ceremonial grade (Sample A), our Kozan-Ji premium culinary matcha (Sample B) and three other brands that were purchased from the supermarket (Samples C, D, E)

Below is a breakdown of each matcha and cost per gram

As you can see from the photo, the sample to the far left has a vibrant green hue whereas the sample on the far right has a yellowish / olive colour.

The colour variation is massive!

So what contributes to colour and why do ceremonial matcha's tend to have the beautiful vibrant hue and lower grades of matcha have the less appealing yellowish colour.

Ichibancha means "first tea" or first harvest season from late April to May.

As the name suggests, it is used almost exclusively for traditional Japanese tea ceremonies.

On the tea bush, the youngest tea leaves are found at the very top of the tea plant and are extremely delicate. 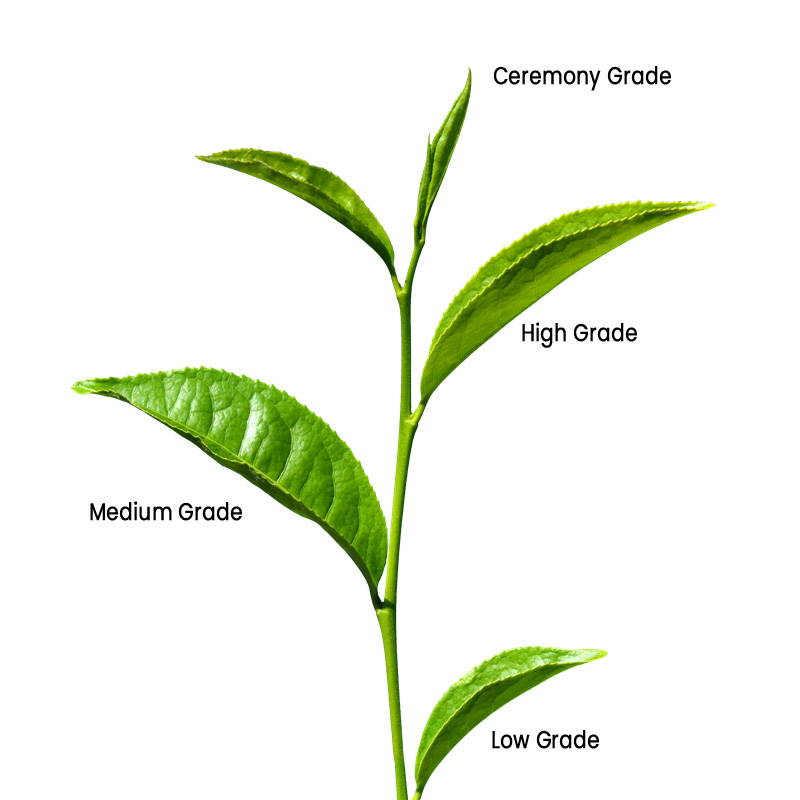 These young tea leaves have a smooth natural sweetness due to its higher concentration of L-theanine.

They are also much higher in chlorophyll when comparing to older tea leaves harvested for culinary grade matcha. Chlorophyll is responsible for giving ceremonial matcha it's vibrant green hue.

Another property of ceremonial matcha is that with each leaf, its stems and veins have been removed to reduce bitterness of the tea but also allowing the milling process to produce an ultra fine powder.

The removal of the veins and stems is an example of the extra lengths that go into producing a higher grade more expensive matcha powder. 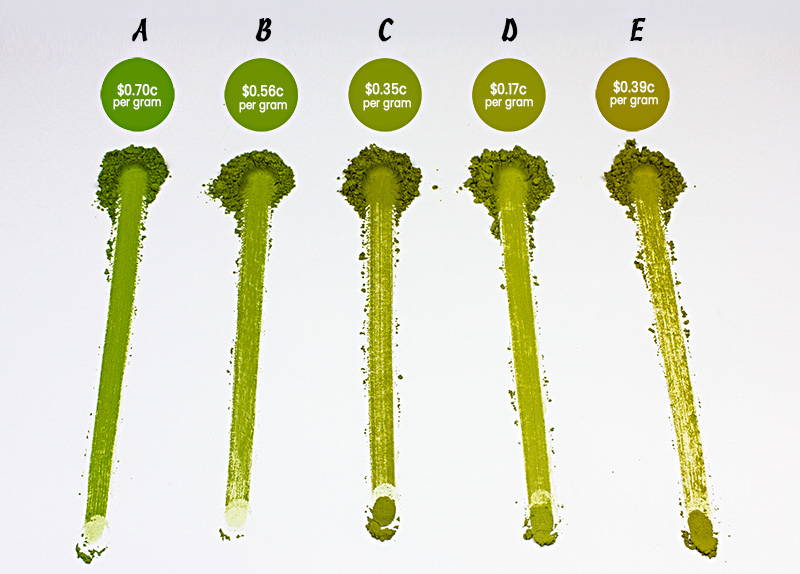 The image above demonstrates the variance in matcha particles when comparing between the grades of matcha.

Sample A - draws a solid almost completely uninterrupted line. This shows that great care was taken to ground this high grade matcha. The matcha particles in this sample are super fine. When whisking this matcha, the froth is produced within seconds because the particles are able to dissolve in the water far quicker than particles that are larger.

In fact using traditional stone mills to ground the tea leaves can take approximately 1 hour to produce only 40g of Matcha!

Sample E on the far right was easily the worst performer in the powder ground test. The line drawn was not solid and largely broken right from the beginning. This is typical of a matcha powder that was milled using speed over quality. 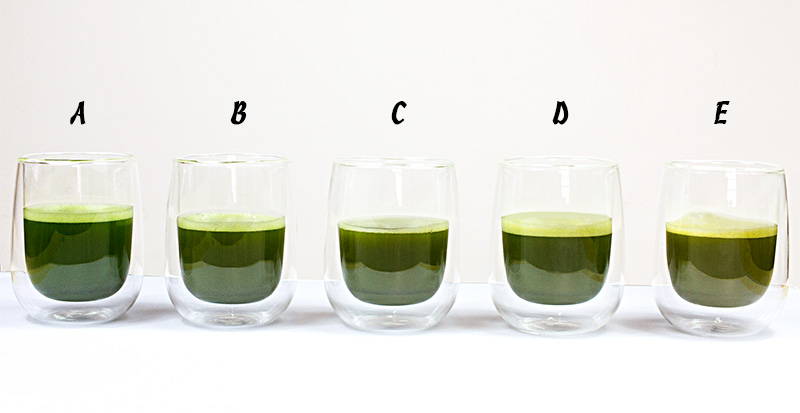 In the cup, sample A denotes the high chlorophyll content. Deep vibrant hue with a nice frothy layer.

Sample C was the worst performer in regards to producing the froth. The froth produced was very shallow and large bubbles formed when whisking.

Sabancha means "third tea" and the tea leaves harvested in the third harvest season are older again and have been exposed to the sun for much longer.

Tea leaves that are exposed to the sun for longer tend to have a richer, bolder flavour. On appearance, later harvest matcha will have less chlorophyll and therefore they tend to lack the vibrant hue of higher grade ceremonial matcha.

On the tongue you'll notice higher levels of astringency and even some bitterness. This is not necessarily a bad feature either.

Like the name suggests, culinary matcha is suitable for baking and cooking where you may want those distinct earthy flavours of matcha powder to shine through.

Which matcha has the most health benefits?

In regards to our range of matcha powders, both our EISAI ceremonial grade matcha and KOZAN-JI culinary matcha have similar base nutrient profiles.

Ceremonial matcha will have a higher caffeine and l-theanine content (Increased energy and mental calmness), whilst later harvest grades tend to have marginally more antioxidant and catechin content. 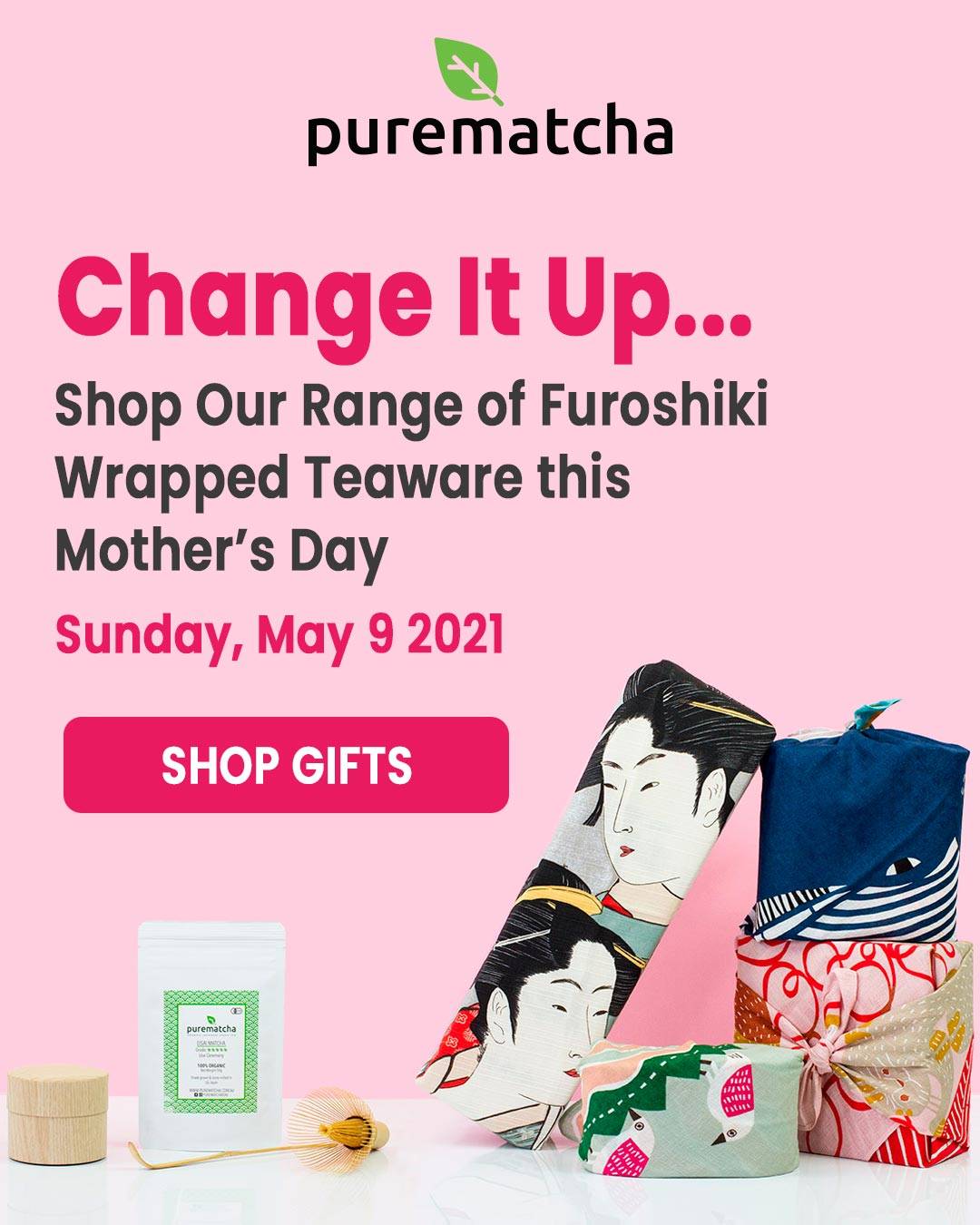 Save now on Purematcha bundles.

Save $10.45 when you purchase 2x 50g EISAI Ceremonial Matcha. That's 100g of our highest grade of Matcha. This is a significant saving equating to only $0.60 per gram.